The New York Times and other new organizations have been in contact by DM cause this account is HOT right now. Currently 71,400 followers with NO regular follow back. That number could be doubled in days by following back.

With this account you immediate acquire the ability to get your tweets in front of a global market not only through Twitter but also through publication of stories from top name, high volume publications, newspapers & television outlets that pick up tweets from this account on a regular basis.

In the last 30 days, tweets have been picked up by People Magazine, The Inquisitr, Twitchy, Raw Story and an online publication out of Greece.

Followed by most of the liberal bluecheck accounts with lots of RTs from celebrity accounts. 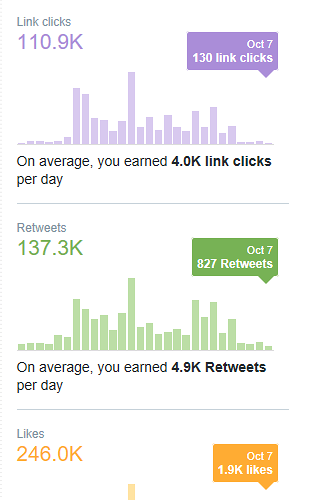 Some screen shots below to show demographics: mainly women in the US. Have never done regular follow back. A program to increase followers would be fairly simple and easy. I have been more interested in getting the tweets out to the public. Impressions every 28 days varies from 12 - 24 million. Lots of action as you can see from the screen shots. 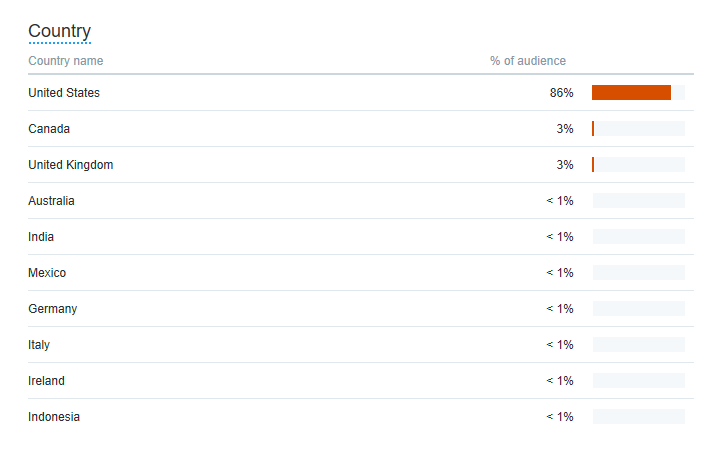 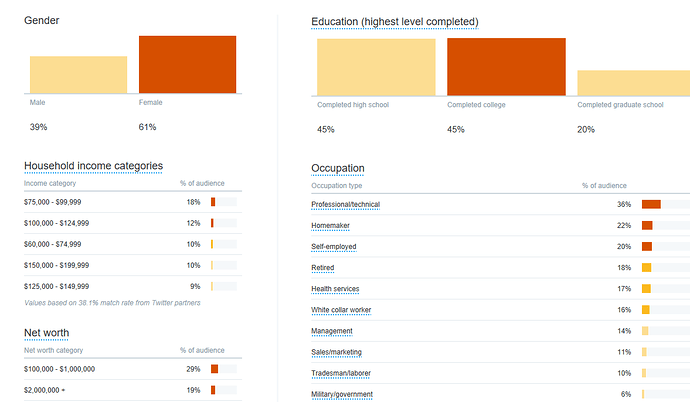 Glad to provide any details regarding source, methods of obtaining and posting content. Also, willing to negotiate for continued labor from me as the account transitions.

This is a fantastic account if you want to have an IMMEDIATE ability to influence millions of people.

Send me Link + Price, thanks.

Hello, send me link and price as well thanks.

Send over the link. Thanks!

Send me Link + Price, thanks

Send link and price, thanks

send me link and price