Description: Of recent, I’ve realized that I no longer have time to manage this channel, nor do I have the effort to do so. I have finally decided to sell it. 1,800 USD is the lowest I’m willing to sell this at.

The videos were copyrighted, but the account is in good standing and has not received any strikes.

The channel is currently not monetized, but is available for monetization. The application was submitted but denied as the videos are copyright. The channel is considerably active if managed right (~500 subs daily & ~150k-200k views daily) and videos can get between thousands to millions of views.

I’d like to note that although the majority of the subscribers, lifetime, are from Mexico, the amount from the United States is half of that. In addition, nearly all of the subscribers gained from the beginning of this year have been from the United States, so its quite easy to increase the engagement from that Tier 1 country. (NOTE: Views & watch time have followed the same exact trend! Massive increase in engagement from USA-based fans)

Custom URL is not yet claimed, so it is easy to rebrand!

PM me for the channel URL! Screenshots of analytics attached below. 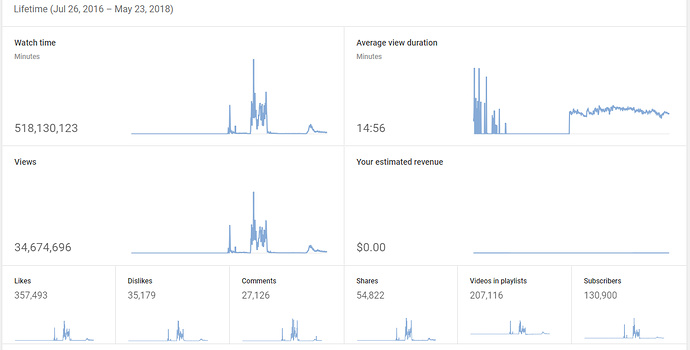 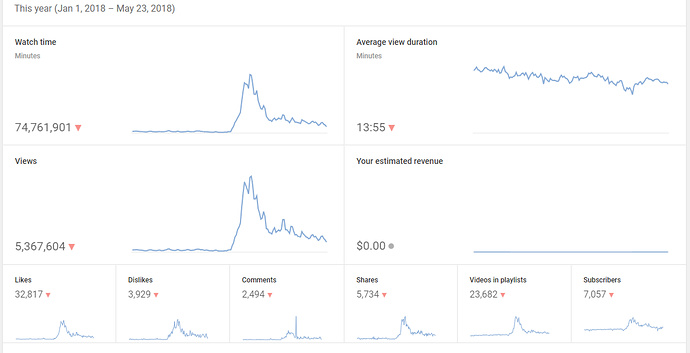 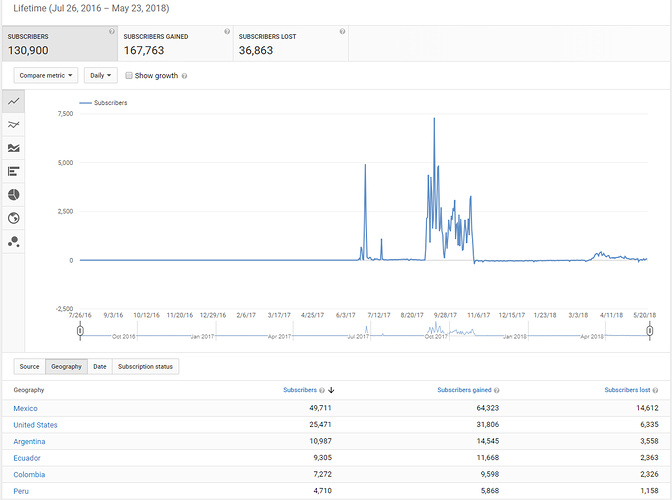 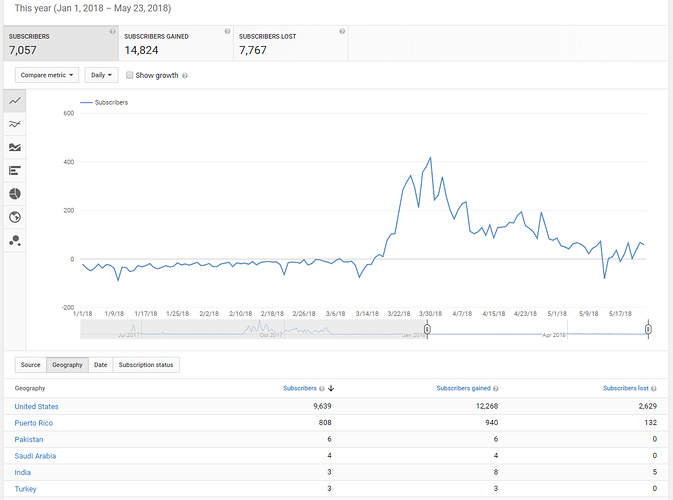 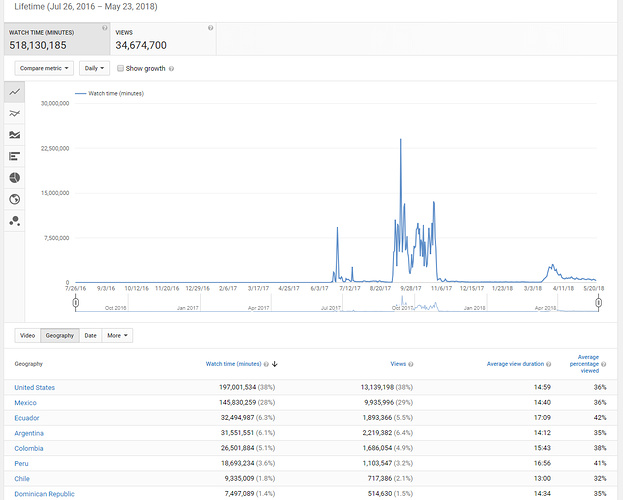 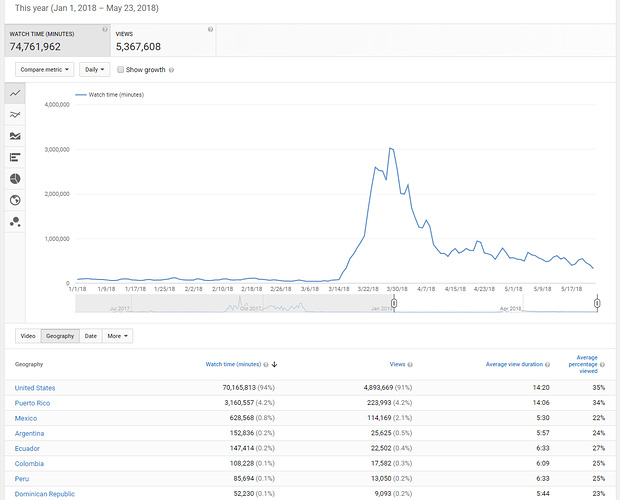 Please note that these are not updated screenshots of analytics. They are taken from my thread which was previously locked.

Could I please get this marked as Verified and Premium as it was on my last thread here? [SELLING] 130k+ YouTube Channel (518 Million Watch time) [PRICE DROPPED BY $650]
@Swapd

Added verified. You need over 50% of US/CA/AU/UK subs to make it premium, it doesn’t look like it does. If I made a mistake, let me know.

The watchtime was majority USA so you made it premium before. If not its all good.

Hi, could you PM me the link please?

Hi there Alpha, could you please PM link?

send me the link please

PMed all three of you. @Oannes @Amaury @neat

Can you send me the link