So this happened almost a week back. I met this guy on another forum. He went by cportraits. I asked the escrow agent to help me identify him and ban his account so he couldn’t scam other people. Though they couldn’t give me any information on him whatsoever, they did however ban his account so he can no longer scam from that account. 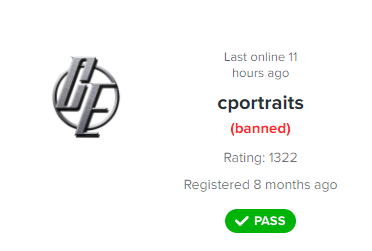 So here’s the story. I was looking to get a YouTube channel and stumbled upon this magnificent-looking Finance channel. The catch was it already had around 36 videos and the channel was monetized. He had also promised to provide all the contact details of the video team so as to make the transition smoother. I saw he was already ID-verified and texted him.

This is how the chat went. 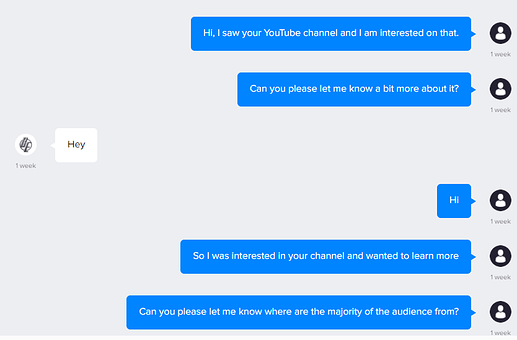 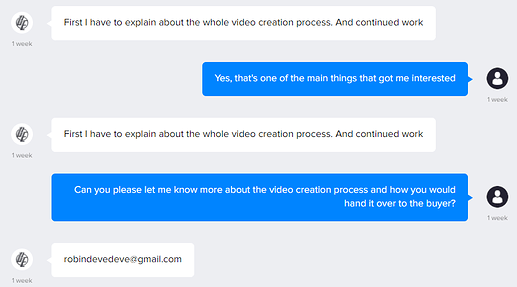 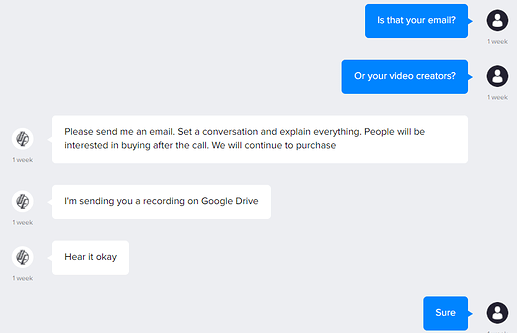 Till this moment, it didn’t seem fishy as he said he would explain all the process on the call.

After that, I emailed him.

From email, he sent me to Whatsapp.

We got on a call and he literally explained everything to me for about 40 minutes. I asked him all the questions I had regarding how the channel worked, how he found the editors, the cost per making a video, why he was selling the channel and so on. He answered everything and seemed really genuine. 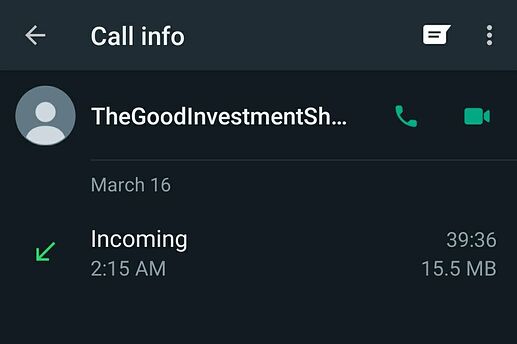 On the call, he told me to prepare a contract and send it to him, and then we could do the deal. By this point, I had even forgotten that I was initially planning to use escrow.

The next day mid-day he sent a voice message telling me that he would also provide me with the original email associated with the channel thegoodinvestmentshow@gmail.com as I had asked him on the call if he could provide the OG email as well. Also, he asked to mention in the contract that I would send him $300 first then he would send me the ownership and then I would send the $200 after that (doesn’t this seem too genuine?)

So I prepared the contract and was ready for the deal in around a day and a half. He had texted me asking if the contract was final and if I was still interested on the channel. So I said we’re good to do the deal.

I sent him the contract, we both sign it. I sent him $300 as agreed after which he sent me the ownership. And then I sent the remaining funds. I asked him to send me the contact details of the editors, the video rights, and the original email. He told me he was uploading it on Google Drive and he would send it at 8 am my time as we were doing the deal at around 2:30 am my time. 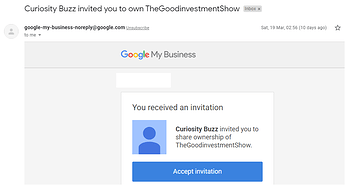 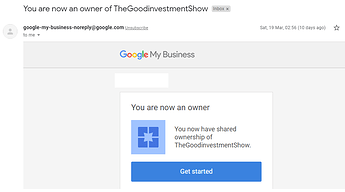 I slept happily thinking I was now the proud owner of this badass-looking channel with nice stats. I woke up the next morning and the channel was still there. I proudly sent screenshots to my friends and my brothers as it was my first YT property. Just as I was getting ready to start the day, at around 10:58 am, that mofo removed me from the channel 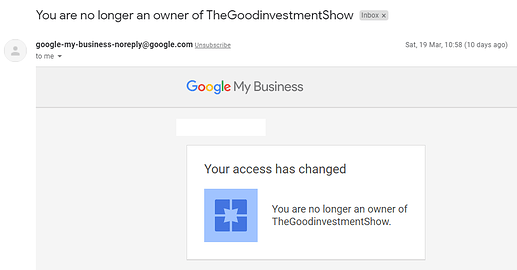 I had asked him if he could just send me the videos and the ownership and keep the channel but this piece of ■■■■ never replied.

I called the Israeli Cyber Bureau as well but they said it’s a criminal offense and not a cybercrime-related incident (kind of confusing). I have asked my aunt to file a police complaint against the scumbag with the number he used on Whatsapp. Hopefully, karma gets to him soon.

Anyways, the moral of the story is, people can seem to be really nice and genuine but still scam you. That’s the reason I love SWAPD cause I could sleep peacefully knowing well that I wouldn’t have been scammed when I wake up.

Sad to read this, Nikola. I hope some good karma is on your way. Excellent thread, and thank you for the warning.

I hope this is a lesson too, to always deal on SWAPD

Israel is the place to be to scam people.

Thank you @1999 haha Yes, I am on a sprint. Every year, I meet at least one of these people. I just hope this thread reaches more people and hopefully, they are more careful with not just this guy but other scammers out there. And yes, as a lesson always use SWAPD no matter how genuine the other person seems.

Well, I wouldn’t say it for the entire country just cause one guy turned out to be a scammer. I’m sure Israel is a great country with lots of awesome, kind-hearted people except this guy who scammed me of course

Escrow would have helped secure the deal,
Sorry bro

can you send me his link? i have strong contacts on accs-market and may i help you.

Here’s his link brother
cportraits
Thank you for your support.

give me a few hours.

Fantastic, thank you so much. I really appreciate it.

Why didn’t you just change the email and put the 2A?

Israel is the place to be to scam people.

You can do it there, without many problems. All those fraud scammers are based in Israel (or Cyprus), at least who make the big money as a living.

This writer is exactly pretty interesting to follow. You can found some interesting scams, that are going on or which are caught. The numbers they make are insane.

Simona Weinglass is an investigative reporter at The Times of Israel.